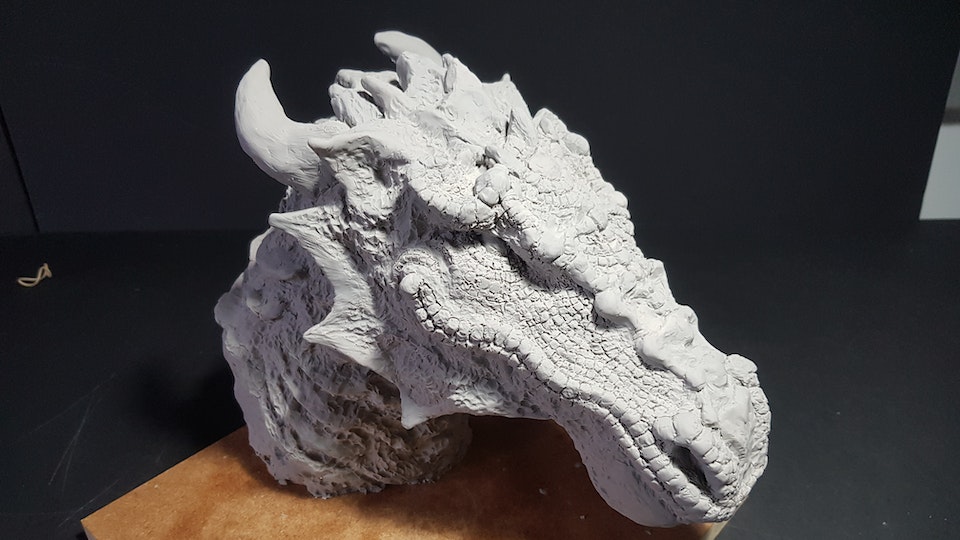 I very much enjoy the opportunity to sculpt, whether it be in paper or clay. Having spent the last year working closely with Creature Designers on Jurassic World, I have come to realise the importance sculpting has in getting to know a character. For this reason, on my most recent character design personal project, I transformed my 2D Dragon illustrations into a 3D Sculpture, which I will now be able to develop further through the intricacy of hand painting.

Created in 2014 for The Shrewsbury Flower Show, Requiem is a touring piece, and has been on display at multiple venues across the UK. These include The Theatre Severn in Shrewsbury, the Staffordshire Regiment Museum in Lichfield and The Honourable Artillery Company in London, where it was the centre piece for the Mercian Benevolent Dinner attended by Prince Michael of Kent.

Working from home in Sutton Coldfield, I designed and constructed Requiem over three months. Made entirely from brown paper, the piece represents the fragility of life. Yet its overwhelming message is a powerful one, reminding us of the cost of war.